Continuing the theme of trying to integrate some old resources into little explorations of medieval places (See previous blog post for the background.) the latest little adventure is to Pickering in Yorkshire. This fits the baby steps into small and not too complicated sites, as Pickering has just two notable medieval monuments, a church and a castle.
The down side of following the formula that I started with Beverley is that neither Daniel Defoe nor Celia Fiennes seem to have visited Pickering, or they were asleep in the coach when it rattled through. This rather messes with the concept. Leland had a few words about it though, so all is not lost.
The church in Pickering is mainly noted for its 15th century wall paintings, one panel of which, the Corporal Acts of Mercy, I illustrated a couple of postings ago. The tour shows all the paintings, although some of the photographs are a bit dodgy as the lighting conditions can be pretty awful. The pictures were taken by myself on two different occasions and by my son Eddy on a third, and as luck would have it the sun was shining through the clerestory windows on different sides of the church, so something is cobbled together. You can see the scheme, and maybe imagine the totally different aesthetic of a medieval church in its heyday, with coloured imagery jumping out in all directions. 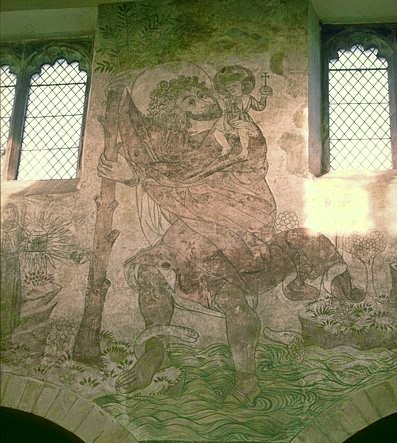 A huge St Christopher greets all wayfaring travellers who enter the south door of the nave. 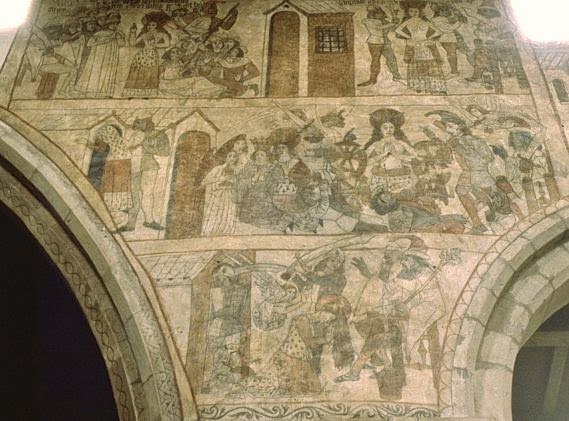 The story of St Catherine of Alexandria is told in strip cartoon form as narrated by Jacobus de Voragine in the Golden Legend. And there's much more painted along the nave walls. 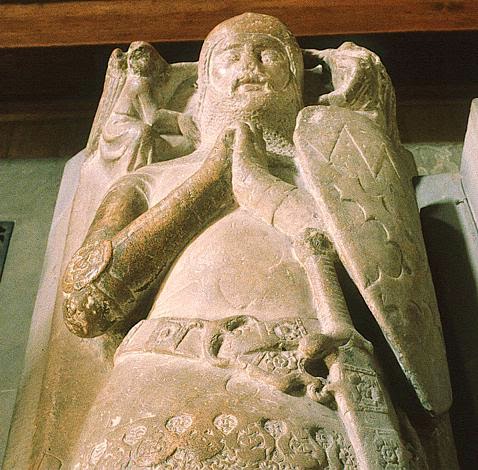 There are tombs, including this handsome knight. 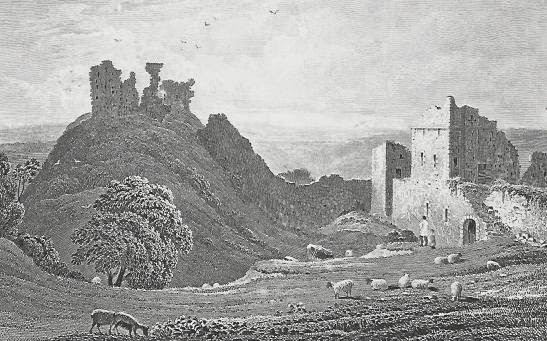 Although we don't have any descriptions from the 17th century travellers, there is a suitably romantic early 19th century steel engraving that shows the motte and bailey castle is a rather more decrepit and decayed state than it is today. Either English Heritage have tidied and reconstructed it something savage, or 19th century artists liked to embellish the romantic decrepitude of historic places, and they always had sheep or cows and rustic yokels in them. 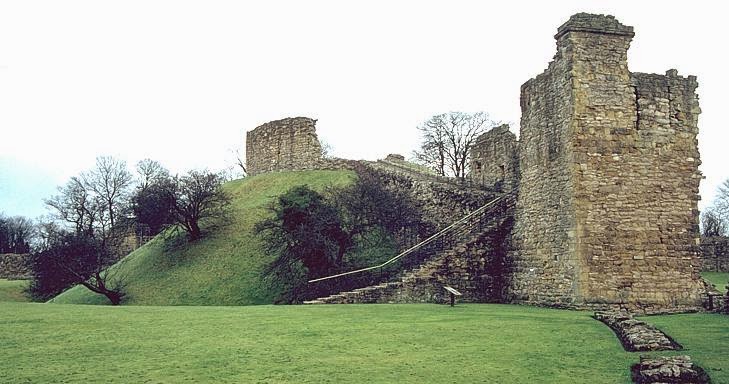 In its preserved state it serves as a pretty picnic spot for those who like a touch of history with their potted meat sandwiches and pork pies, and then there is a chance for an excursion on the North Yorkshire Moors Railway, one of the best historical steam railways in England. That isn't medieval but it's damned good fun.
To do the tour, start here . Read the blurb, look at the map, click on the first picture and off you go. You have to scroll down to get the commentary.
Now, in this meandering ramble through old resources, where do I go next?
Posted by Dianne at 7:00 PM